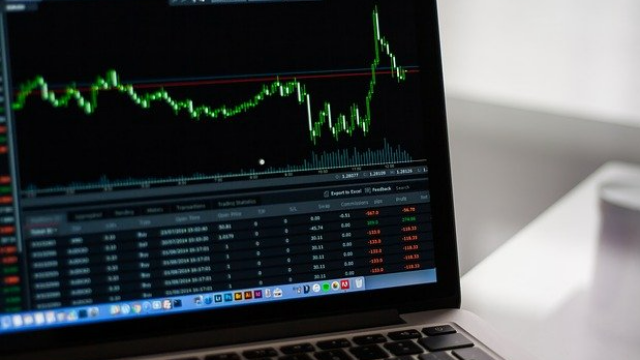 Global inflation has caused great pressure on the global economy. At a seminar of the International Monetary Fund (IMF) in late April, the Chairman of the Federal Reserve, Jerome Powell hinted that he would raise interest rates by half a percentage point at the meeting in early May. If the Fed does raise interest rates under market expectations for several future interest rate meetings, it will have a chance of becoming the fastest pace of interest rate increment since 1982. Therefore, funds flowed into the US dollar instead, and the US dollar index rose above the 100 mark which is a two-year high, with the most significant increases for the YEN and the GBP. The strong US dollar will inevitably affect the export of goods. Moreover, American companies are expected to gradually slow down their investment under the pressure of financing, which will inevitably endanger the growth of corporate profits. The three major US stock indexes recorded losses on average from April to the writing day. Although it is mild, the bull market of US stocks has continued for many years, and the yield curve has inverted. We are cautious about whether US stocks can maintain their current high valuations during the year, and the conventional wisdom of "Sell in May and go away" is preferable. Gold prices are also facing the same problem. In the short term, there is still a chance to rise again due to geopolitical issues. Unless the Russian-Ukrainian war further expands to a war between Russia and NATO, there should be a pullback before the end of the year.

As for the news that the world's "new richest man" Elon Musk successfully acquired Twitter (TWTR) for USD44 billion, technology stocks and the Nasdaq Composite Index stabilized in the short term. However, Twitter's net profit per share last year was only $0.21, with the purchase price of $54.2 and the price-earnings ratio of 258 times. Therefore, there must be significant business growth to be worth it. For Musk, the money for the acquisition comes from the rising Tesla (TSLA) stock price. Even if the price is higher, it does not have much impact on itself, but "supports" the valuation of its own company instead.

As for the stalemate in the Russian-Ukrainian war, neither side has made decisive progress. Even if negotiations continue, there is an extremely low chance of a positive outcome in the short term, as both sides want to get terms in their favour. For the Western world to support Ukraine, the Russian government is very disgusted that NATO is at war with Russia through proxies. The existence of peace is mainly based on "can't fight" or "don't want to fight". There is a great opportunity to wait for the Russian army to launch a new wave of the offensive in the summer before deciding the direction of the war.

For Hong Kong stocks, there has been a considerable decline before May. The Hang Seng Index has fallen by more than 15% since the beginning of the year. After hitting 18,235 points in mid-March, it falls below the 20,000 points again. The HSCEI fell, even more, falling below the 7,000-point level again. The stock price of many H-shares has hit new lows since March. Instead, the domestic property stocks, which have been weak before are relatively strong. It can be seen that the negative atmosphere in the market has expanded to other industries.

The epidemic situation on the mainland continues. The number of confirmed cases in Shanghai remains above 10,000 per day. In addition, the epidemic situation in other provinces and cities has not eased and there has even begun panic buying in Beijing. As the Mainlandn mainlin still maintains the policy direction of "dynamic clearing", I am pessimistic about the short-term and economic prospects of China and Hong Kong stock markets. It is best to choose the stocks with a relatively cautious proportion of business or operations in mainland China, to avoid the impact of market fluctuations on the investment portfolio. As for the Hong Kong property market, the risk is even greater. The HK dollar links to the US dollar. The interest rate gap between the two places is widening while capital is outflowing, local liquidity will become narrow. In addition to the immigration wave and the economic problems in the mainland China, all contribute a disadvantage to it.

According to the above, I recommend the traditional "former blue-chip" Hysan (0014). Compared to Cheung Kong Properties (1113), SHKP (0016), New World (0017) and other peers, the main business of Hysan still concentrate their business in Hong Kong. Last year, it bid for the Caroline Hill Road project, together with the old Hysan Plaza and Lee Gardens, with a property portfolio of more than 4.5 million square feet. This makes Causeway Bay become a "Lee Garden Area". While also taking advantage of the epidemic to expand the investment portfolio, it acquired the "Shanghai Liyuan" project in Jing'an District, Shanghai last year, invested in Fresh Air Group and cooperated with IWG to promote the shared workplace business in the Greater Bay Area. By the end of last year, Hysan's property investment portfolio was HK$95.107 billion, with a net asset value of HK$71.4 per share which is three times the current share price. It will cooperate with Hong Kong Industrial (0480) to launch a residential project in Tai Po with 262 large-scale units this quarter. Funds will return gradually. The historical price-earnings ratio is 17.4 times, and the interest rate is 6.2%. The repurchase has continued recently and the stock price has remained stable. Under its prudent operating model, it is a good choice to deal with the current harsh investment environment.

As for the Grand Hotel (0045), introduced last month, the trend is subject to the market. Following Japan, Hong Kong has also cancelled the entry restrictions for non-Hong Kong residents after more than two years of "customs closure". The operating environment of the Grand Hotel has improved further since then. Regarding the Hang Seng Index, decline of the Grand Hotel is small. There is still room for improvement in the market outlook. However, it is more suitable to make a mid-line investment as said last month, or it may be optimistic until the announcement of interim results.

<Markets Analysis>Global Inflation has Worsened. The Yen is Easy to Fall but Hard to Rise

<Gold Market Review>The Gold has become a Breakthrough Pattern, should be Bought in Low Price
BY Group Branding and Promotion FROM Hantec Group