<About Stock Markets>Trapping in a Dilemma. It is Advisable to Admit Defeat 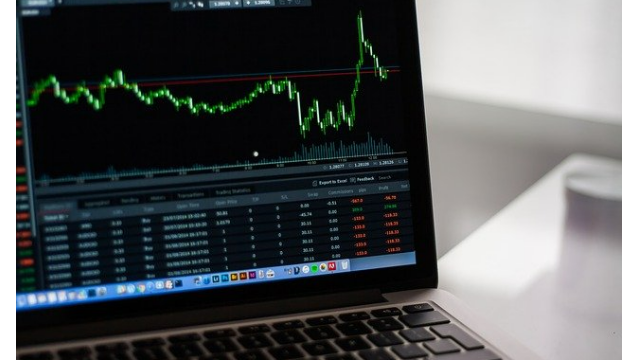 The war between Russia and Ukraine, and the official start of the Fed's rate increment cycle were the big event for financial markets last month. The author mentioned that although Russia has an advantage in military power, it has not been able to succeed under the influence of negative factors such as the unfavourable effects of launching a war in winter, international aid to Ukraine, and sanctions against Russia. Instead, the number of casualties is increasing day by day.

Inheriting the Soviet Union's consistent strategies, the Russian army directs parallel and continuous operations in the same direction through compound operations to achieve victory. The situation in Ukraine is still not optimistic. Taking history as a reference, the Soviet army attacked Finland with overwhelming military force in the Winter War in 1939. In the beginning, Finland took advantage of the Winter to resist bravely. However, it lost since the Soviet Union attacked again after a few months. The Russia-Ukraine stalemate is the most beneficial for other countries. They have no expectations for Ukraine to completely defeat Russia, but the longer the Russian military is in Ukraine, the greater the negative impact on Russia and even Putin. In addition, the Russian military cannot increase troops at this time due to the greater pressure on supply during the snowmelt season. The author expects that there should be no major changes in the Russian-Ukrainian war next month. Once the Russian military found the weakness of Ukraine's defence line, the offensive will be launched again. The final outcome of the Russia-Ukraine war is likely to be that Ukraine will sacrifice the two eastern provinces and Crimea in exchange for peace under the continuous war of resistance, while Russia will win for vanity. However, it’s hard to achieve the outcome in a short period of time.

As for the outcome of the U.S. Federal Reserve's meeting on interest rates, it was as expected by the public. However, inflation has become inevitable with the recent sharp rise in oil prices. Some Fed officials are open to raising interest rates by 50 basis points in the future, but the author prefers eight interest rate meetings in the next year, with a higher chance of raising interest rates by 25 basis points each time. The performance was not much affected by U.S. stocks. At the time of writing, the Dow rose to 34,861.24 and the Nasdaq reached 14,754.31. Both are at the highest levels since the war began, proving that the impact of the Russian-Ukrainian war on the U.S. economy may not be negative. However, the price of gold rose sharply in early March, reaching a high of 2070.35 US dollars and then retreating. In the short term, the Russian-Ukrainian war will be deadlocked, and less chance of further rise.

In times of disaster or hardship, "superstitions" are easy to occur, mainly due to the transfer of pressure and the loss of analytical skills in difficult times. The "Indian prodigy" predicted that something would occur on 16 March. The earthquake in Japan happened on the same day, and the Hong Kong stock market also bottomed out. The prediction seems to come true again with the Fed raising interest rates. The author is not promoting superstition here, but the astrology used by "Indian prodigies" to make this a record in the history of China, Arabia and Western regions with thousands of years of experience. It is not without merit from a statistical point of view. The so-called prophecy does not specify the exact time and place. It is purely from our own interpretation of the prophecy, and there is even an element of self-fulfilling prophecy. Therefore, rational consideration is still required when making investment decisions.

The Hang Seng Index once fell to a low level of 18,235 in March due to negative factors. such as the geopolitical news, surging commodity prices and the outbreak of the pandemic in Hong Kong. Among them, several technology stocks, in particular, are tragic. Tencent (700) once fell to the lowest price of below 300 dollars in 2018. Jingdong (9618), Meituan(3690), etc. dropped sharply. After rebounding, it faced resistance at 22,423 and reached 21,404 at the time of writing which is still nearly 5.8% lower than in February. Readers who follow the suggestion from last month to reduce their holdings during rallies, or invest their funds in crude oil, gold mining, coal, shipping etc. It can all escape the catastrophe. Only, for the time being, there is still an opportunity to try the low of 18,235 again. It is more suitable to maintain the strategy of buying conservative stocks. It is suggested to have small bets only and need to be patient with investment. Also, investors need to consider whether it is better to give up for some holdings to reduce huge losses.

The performance of China Energy Construction (3996), which was recommended last month was a bit discouraging. Although the main reason was the sharp drop in the market, it was not as good as it was. Due to time constraints, I could not know its full-year results when I was writing. I believe that the figures are optimistic, and the net profit will break new highs again. However, because of the current uncertain market conditions. It is more appropriate to stop loss or change to another after the rebound.

Based on a prudent strategy, the author recommends Grand Hotel (0045) in the coming month. It has a 28% increase in revenue year-on-year. The group's full-year loss in 2020 narrowed from 1.94 billion to HK$120 million, with a loss of 7.28 cents per share. The hotel's property portfolio is dominated by the Peninsula Hotel, offices and office leasing. The former is geographically dispersed, while the latter two are concentrated in Hong Kong. After the fifth round of the epidemic, the Hong Kong government gradually reduce prevention measures. It is the general trend. Therefore, returning to normal is the upcoming direction. Europe and the United States have already cancelled the relevant epidemic prevention restrictions. Japan has also reopened its customs. As an international city, Hong Kong can only follow its measures. The Hong Kong Peninsula benefits from the remarkable revenue growth of hotels in the US and the European Peninsula after they cancel travel restrictions. The Peak Tram refurbishment project was completed this year, and both London and the Istanbul Peninsula are going to start trial operations in the first half of next year. While capital expenditure is expected to reduce further, revenue is expected to increase. Currently, the net asset value of the group per share is 24.79 dollars, and the price-to-book ratio is about 0.35 times. It is reasonable for key shareholders to buy 12.45% shares at a high premium of 12.8 dollars. It is more suitable for mid-term investment, looking up to a high of 9.47 dollars in the short term.

健康講座: 活力「腸」青要預防
BY Group Branding and Promotion FROM Hantec Group