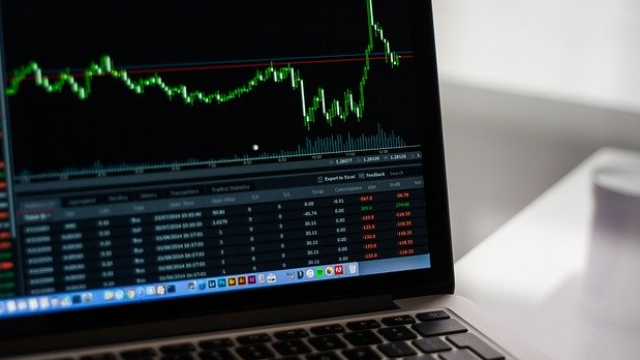 Relative to the market itself, in August the issue of Sino-U.S. rivalry temporarily took a back seat. Instead, "Afghanistan" became a new sensitive word for the United States. After 20 years of the "American Dream" in Afghanistan, the United States finally began to withdraw its troops. In July, President Biden still guaranteed that Afghanistan will not become Vietnam. However, the reality began with the gradual withdrawal of US troops. The area controlled by the Afghan government forces almost immediately fell to the Taliban. In mid-August, they entered the capital Kabul and occupied the presidential palace, caused people to rush to the airport to evacuate and video showing that some of them falling from a U.S. military plane caused death. The U.S. government’s prestige was greatly damaged, and the American people were extremely angry. The Harvard University survey in early August showed that Biden’s approval rate dropped by 10%, which was associated with the economic optimism of the United States has also declined. The strength of the US stock market in the first half of the month was also affected by the incident. The Dow once fell as low as 24,693.27, and the S&P 500 index once fell below the 4,400 point mark before it rebounded.

It is obvious that the values ​​of the Taliban and the values ​​of modern Western society are at odds with each other, but the corruption and incompetence of the previous government prove that the general trend is irreversible. From the perspective of small investors, accepting the new normal to make the right investment decision has become an important element of modern investment. Since the US market is still strong at the moment, only needs to continue to follow up, and it is not a big problem to move up and stop profit position.

On the contrary, the Hong Kong stock market, following the unbearable July trend, rebounded weakly in August. The Hang Seng Index and the H-share Index both hit new lows of 24,581 and 8,644 points, respectively. The latter was 4.3% lower than the 8,290 low in March last year. The difference between the two trends explains the grim market sentiment in the Mainland. Recent economic data is far from ideal. The international atmosphere and the epidemic have pushed up customs clearance costs, which has increased the pressure and dragged down the job market. Regardless of whether the real unemployment rate is as high as 20%, Premier Li Keqiang has repeatedly been "concerned" about the employment situation, and obvious problems exist. A few days ago, President Xi ordered the promotion of the policy of "promoting common prosperity," but many people worried that their interests would be affected, and this also constituted a certain amount of panic. Looking back at the recent area in the mainland such as real estate, education, and policies for TechNet companies, they are all related to "promoting common prosperity." It is also a matter of time before a new tax is imposed. The recent "hand shadows" of the official and state media have increased the Political Risk Premium of the company when doing business, so the "reasonable" valuation of related assets has also decreased, which explains the recent weakness of Hong Kong stocks. In such case, readers should be better off, as the title says, this month should be "down to earth" to choose stocks with actual products, relatively low valuations and with healthy cash flow. However, the Hang Seng Index has become weak and if It is not going to be confirmed to rise above the bottom of the 27,222 – 26,878 gap, advise not to be too aggressive.

The recent situation in the Hong Kong stock market is unpleasant. There is a famous quote -"Light a cigarette and drink light wine, and all the unhappiness will slip away". For this month, I will recommend everyone to “drink a wine”. I am optimistic about the century-old brand of Tsingtao Brewery (0168), and its reputation is widespread globally. Major beer brands are vying to increase prices this year, which is beneficial to higher-end brands. At the same time, the company is the only one that actively builds consumption scenes and immersive experience models. It has opened more than 200 "TSINGDAO1903 Tsingtao Beer Bars", and beer is transported to the store through the cold chain. Adding and burying the fresh-keeping equipment of the beer factory and pairing with the corresponding dishes to enhance the customer experience. It is further expected to transform into a "catering stock". And this year's Euro2020 and the Olympic Games have brought certain additional demand. The company's historical price-earnings ratio has fallen to 34.28 times, which is lower than other peers. The stock price fell with the market earlier but fell from a high of 93.55 yuan to the current level. It has entered the safe range, and you can first look up to the 70.2 yuan position. If you want to study further, you can pay attention to the author's insights on my video program on Youtube Channel – Chanel One.

Xinte Energy (1799), which was introduced last month, used the news of the company’s share allotment plan to major shareholders, which helped the market closed at 17.74 yuan at the end of last month, reaching a high of 23.30 yuan, but following the market, it quickly retreated at the end. It was once as low as 15.80 yuan, it was 17.86 yuan at the time of writing. The result is only a tie. Although the company does not announce its half-year results at the time of writing this month, it has already announced its half-year profit alert. Coupled with the fact that polysilicon prices remain high, the impact of the US sanctions on Chinese polysilicon products is minimal, and the situation will not change significantly. Therefore, it is recommended that those who have already purchased continue to hold.

《香港電台第一台: 管理新思維》專訪集團創辦人及名譽主席
BY Group Branding and Promotion FROM Hantec Group